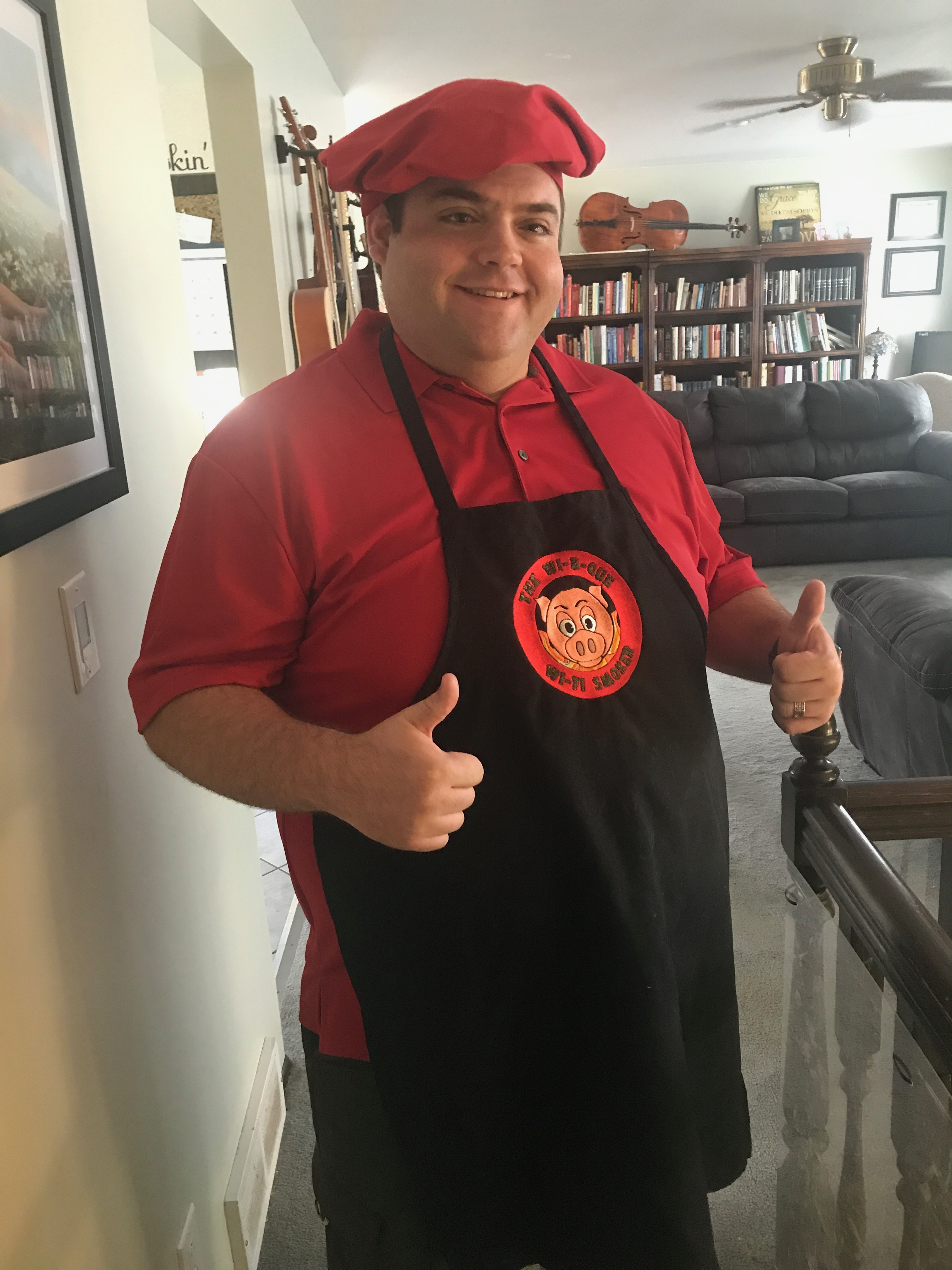 I remember that ever since I was a young child I wanted to be an inventor. I wanted to create things that solved peoples problems. I think to some regard I follow after my grandfather, Elbert James Anderson. Though he died when I was young, he made a big impression on me. When he passed away he left our family with a lot of different gadgets that he had created. I thought that was so cool. One problem that I had trying to emulate his creativeness was that my ideas were often much bigger than my know how. My plans for a perpetual motion machine and generator were solid… that is until I took AP Physics in high school and learned about the conservation of energy. Physics lead me to my first creative job as a machinist for the High Energy Cosmic Ray research group at the University of Utah in 2000.  I loved working with my hands and making things that could help us to learn more information. I also got to work with some pretty cool lasers! My major project for that team was to create a Horizontal Extinction Length Monitor. The device used a high energy ultra-violet laser, a beam splitter, a UV sensor, and a solenoid powered shutter to produce a simulated cosmic ray shower of known energy that could be observed by the detection arrays in the Dugway desert area of Utah. By todays definition, this may very well have been my first IoT device.

Fast forward to 2012. I had changed my major a number of times but was finally doing my senior project in Computer Science. To my knowledge, I created the first IoT Smart Smoker in existence. I used an Arduino clone with embedded wifi to connect the smoker, temperature sensors, a self designed smoke sensor, and heating elements to control and monitor the cooking process over the internet.

I believe that these experiences, along with many others, have given me a unique perspective on how to improve products by adding technology.

I learned a love of computers, especially Apple computers, from my father Kenneth. Dad was the English and Journalism teacher at my local high school. He had one of the first digital journalism labs in a Utah high school. While he may not have passed down his english skills to me, those computers in his lab inspired me. The first computer he brought home was a Commodore  64, and after that it was always Macintosh computers. I began playing on those machines even before I entered kindergarten. I loved to see what I could make them do. By the time I entered school I was the kid who would help the teachers keep their machines working. The Macintosh computers my dad introduced me to didn’t lend well to gaming. As a result most of the “playing” I did was in the form of exploring how the computers worked and playing with programs like Adobe Photoshop. In my later teens, I used those skills to make a few web pages. I can’t say I was ever much of an expert, and the content was mostly copied and pasted from other sites, but it gave me even more opportunity to learn the skills that have made me who I am today.

I think that the first program I ever typed was on that Commodore 64. I can’t really take any credit for that though because I just copied it out of the manual. Still it gave me a taste of programming and understanding a little bit about how that worked.

I always loved other tech and gadgets too. In Junior High I was pretty passionate about graphing calculators. I think that’s where I wrote my first self designed program. It was simple. t was an ASCII animation in which snow fell down the screen, collected on the ground, and then was picked up by a snow plow.  I also used that calculator to play pranks on teachers. It had some IR transmitters built in that let me control the TV’s and VCR’s during classes. While the teachers didn’t appreciate it very much, it helped me have creative visions of the things that tech can do.

I went from calculators, to Palm Pilots, to iPhones. In 2008 a couple of friends invited me to work with them on some new apps for the upcoming launch of the second iPhone. Apple was introducing the App Store, and they had been invited to be among the first developers to have content there. I used my knowledge of graphic design to create sprites and icons for these apps. Because of the success from the App Store, Pixio was created. It was also because of that success that I finally decided to finish my college courses and learn programming professionally. I worked with Pixio for 9 years. In that time I was able to head up a number of incredible projects in many varying fields.

I also have a love for family. I remember writing lists of things I wanted to do as a dad as early as junior high school. I think my love of family is probably my greatest driving force.  I explored a lot of great fields during my long college career, but the question that was always the deciding factor was whether or not I could provide a happy life for my future wife and children. This is still what drives me today.

While my desire for a family was strong, the realization of that desire didn’t come very quickly to me. My goal was to be married and having kids by age 24. That didn’t happen. Looking back now, I think it was a blessing in disguise. I had to wait 10 more years before I had the opportunity to have my own family, in that time I was able to sort out my passions and bundle them up into the professional I am today. In that same amount of time technology was catching up so that I could blend my passions together. To top it all off, I never knew that my family was being prepared for me behind the scenes. 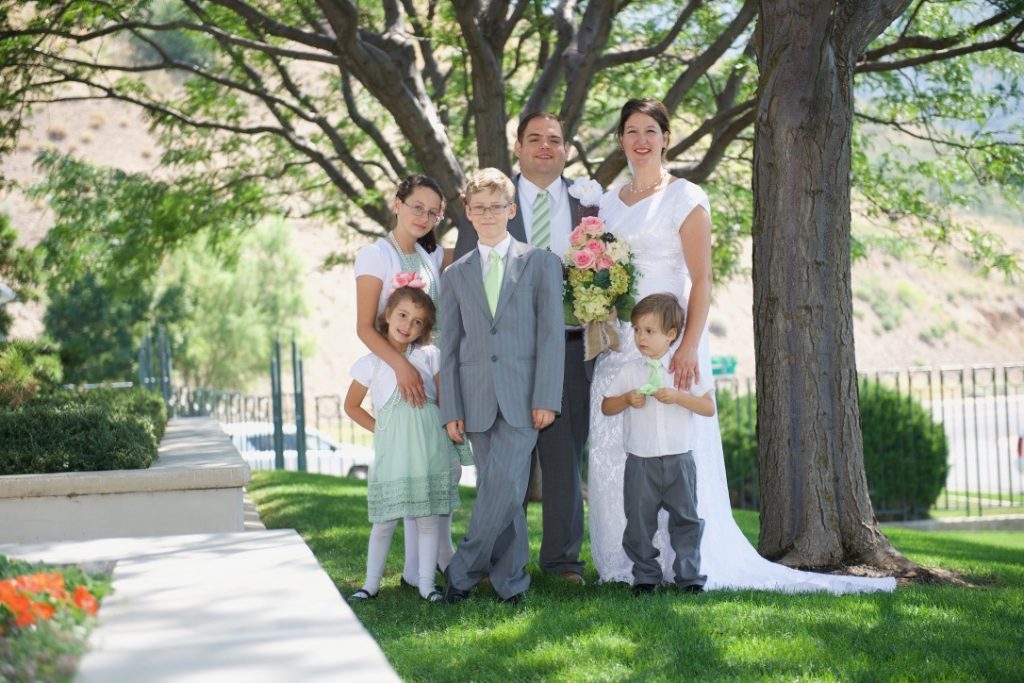 I married my wife in August of 2016. She brought with her 4 amazing children, 2 girls and 2 boys, now ages 5-14. I like to say that God was helping me make up for lost time without me knowing it. I went from a single guy with no family of my own to a father of 4. Incredible! 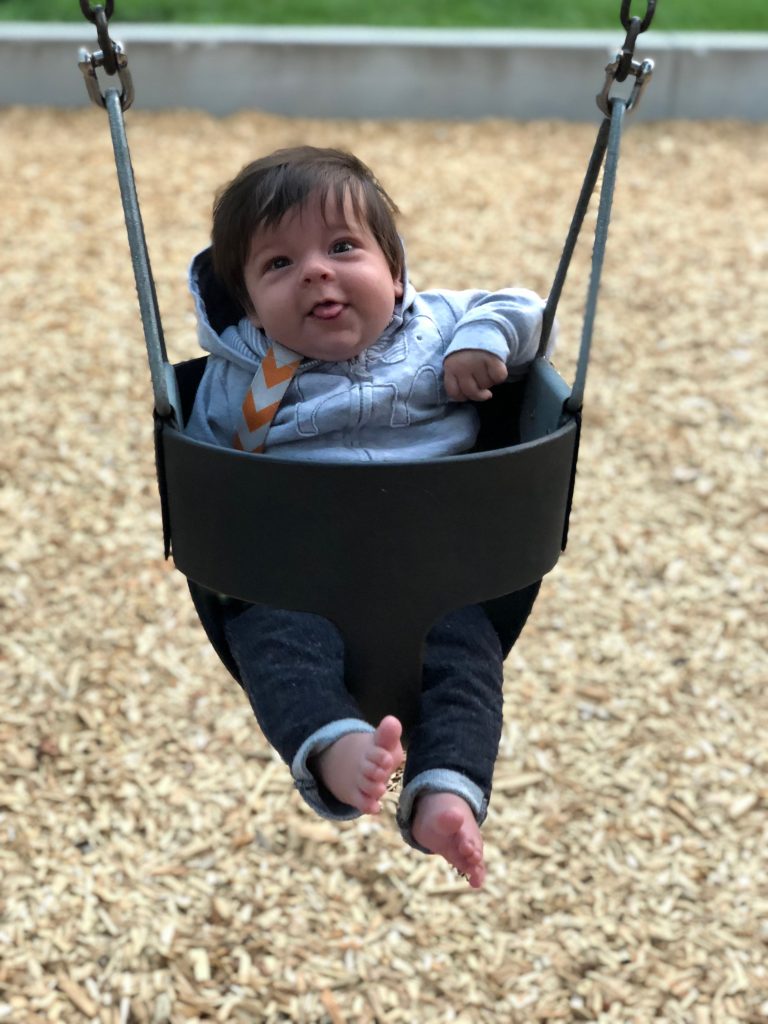 On May 4, 2018 we welcomed a new baby boy into the family. Named after my grandfather (and my wife’s grandfathers… and my uncle) James has been a joy to our growing family!